Basalt’s police station will soon join a growing list of businesses and government services that have relocated from old town to the Willits area.

The town council Tuesday night approved the proposed purchase of three-quarters of an acre of land along Highway 82 for $1.7 million. The site is owned by Loose Cannon LLC, which operates the business Umbrella Roofing at the location. The sales price includes a leaseback that will allow Umbrella Roofing to stay for up to two years. The original asking price was $1.9 million.

Town manager Ryan Mahoney told the council that the site checks off the boxes that the town was seeking in a new location. It has high visibility for the public since it’s located along Highway 82. Police officers will have easy access to the highway to answer calls, and it’s located close to the Willits commercial and residential area, where the majority of calls for service will be generated due to the growing population of that side of town, Mahoney said.

The site also allows for expansion. The cop shop is currently located in a 2,400-square-foot space the town owns in the Elk Run Professional Building. A facility-needs assessment performed for the town estimated the police department would need about 4,500 square feet of space within five years.

The site abuts 1.1 acres that the town purchased last year for $1.6 million. The town is in the process of constructing infrastructure and buildings for the relocation of its public works department to the larger site. Mahoney said owning the two parcels gives the town flexibility in siting buildings, and there is an opportunity for some shared space.

The town also contemplates an extension of Original Road/Widget Lane to provide another connector route in that section of town.

The latest property purchase will be paid by issuing certificates of participation, which the town intends to pay off within four years, according to Mahoney. Mayor Bill Kane said the eventual sale of the existing police station property would help reduce the cost of acquiring land and building a new police station.

There is no definitive goal for building the police station, but Mahoney indicated prior to the meeting it would be targeted for construction in two or so years.

“He did a deep dive for us,” Mahoney told the council. “There’s not a lot of opportunities out there.”

The Umbrella Roofing site rose to the top of the list, he said.

The proposal was approved 6-0. Councilman Gary Tennenbaum was unable to attend the meeting. 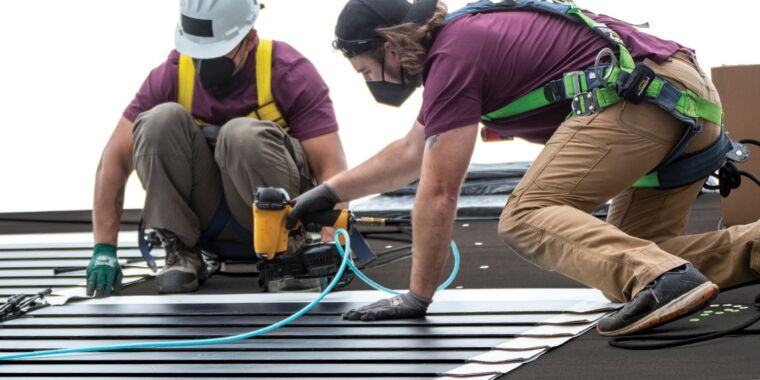 10 Gardening Mistakes to Avoid at All Costs | Architectural Digest

The idea of digging up your backyard can be intimidating. If you’re a green-thumb novice who is not sure how to start a garden, the fear of making a mistake can make you quit before you even start. “Gardening is not always a cheap hobby,” says Lara Hermanson, gardener and co-owner […]

9 tips to reduce allergens in your home