Before the fire, Owens said the oak grove was covered with scraggly plants like woody rosemary (a bad idea) and ivy. One of the first things she did was remove those, at great effort because there was so much of it and it was so entrenched.

Within the first 5 feet from the house, she placed attractive gravel, omitting the kinds of shrubbery that can lead to a house burning. In the strip just beyond — the 5-feet-to-30 feet zone — she planted a soft native turf called bentgrass. In April it is has grown to tall fronds that can be mowed back. It adds some softness and greenery. It’s also a resilient grass.

The Dellingers didn’t water the bentgrass during the pandemic. It did turn brown, but it didn’t die. It grew back green when the rains came.

Owens also replaced a wooden bridge to the front entry with a nonflammable concrete bridge stamped to mimic wood.

On the far right corner of the front of the house, Owens incorporated a new flagstone seating area. Stonework is a good fire break and is particularly valuable so near the house. But the Dellingers also use the seating area frequently. It’s a warm spot protected from winds and has been a nice space for socializing during the pandemic.

A backyard for birds, bees

In the back of the house, in a space with lush views of Trione Annadel, Owens created a garden that is friendly to critters and but not accommodating to fire.

Between the composite decking and the garden is a swath of more bentgrass. Rock walls made with stones recovered from the property provide a border to the garden and a firebreak.

The garden itself is laid out with islands of plants. Clustering and then creating spaces between those clusters reduces the potential fireload if wildfire should again move through the ridge, she said. She makes each island of plants about 15 feet long and 6 feet wide.

“You can put some shrubs in there, but mostly you want low-ground cover perennials in the 5- to 15- (foot zone). We will usually put in one or two coffeeberries in the island for height” she said.

One of her favorite native and habitat garden plants is Cleveland sage, an aromatic native sage with tubular lavender to dark-purple flowers that hummingbirds love.

“Another plant I love to use is apricot mallow. It is such a neat color,” she said of the petite coral blooms. “It’s an easy, low-water-use plant and it’s a really different color to use in the garden.”

Another key feature of a resilient landscape is water.

Owens made a swale through the center of the garden to capture rainwater before it runs off. That allows it to soak into the soil. And in a dry climate where it doesn’t rain often, it’s nice to see a swale filled with water in winter and spring. She planted around it juncus and deer grass that waves gently in a breeze.

Owens also is a big fan of native manzanita. And while some sources suggest it’s not good in a high fire-risk area, she maintains that the key is proper and frequent pruning to keep its structure open. Other plants, like deer grass, should be cut back in winter to prevent them from getting woody, which makes them more flammable.

For mulch, Owens prefers less than 2 inches of arbor mulch, which is primarily composted tree trimmings. While fire professionals say it can smolder and catch fire, it’s less likely to do so if it is not applied too thickly, Owens said. The composted wood chips help keep the soil cooler and retain moisture longer. It also helps feed the soil and keeps weeds down.

She said one of the best things you can do to make your landscape more resilient is to maintain it. That means cutting back in winter and limbing and trimming trees. Don’t feel you must cut down a healthy tree just because it’s close to the house.

“You want to open it up and, especially near your chimney and vents, you want to clear it to 10 feet above the roof,” she said. “And during fire season, maintenance is key. Keep leaves off the roof.”

Some of the design ideas and principles featured in the gardens on the Eco-Friendly tour may appear at odds with the gardens of lawn and border shurbs many people are familiar with, and that at one time were the standards of beauty. But with time, like with any movement, that will change and tastes will catch up, Ownes said.

“We have droughts and we have fires,” Owens said. “This is how we have to think now.”

You can reach Staff Writer Meg McConahey at 707-521-5204 or [email protected] OnTwitter @megmcconahey.

Thu May 5 , 2022
For students in the seven Shelby County high schools, the Career Technical Education Center in Columbiana provides opportunities for them to learn skills and get hands-on experience in a variety of programs. CTEC works to equip and develop students with tools that prepare them for opportunities in post-secondary school and […] 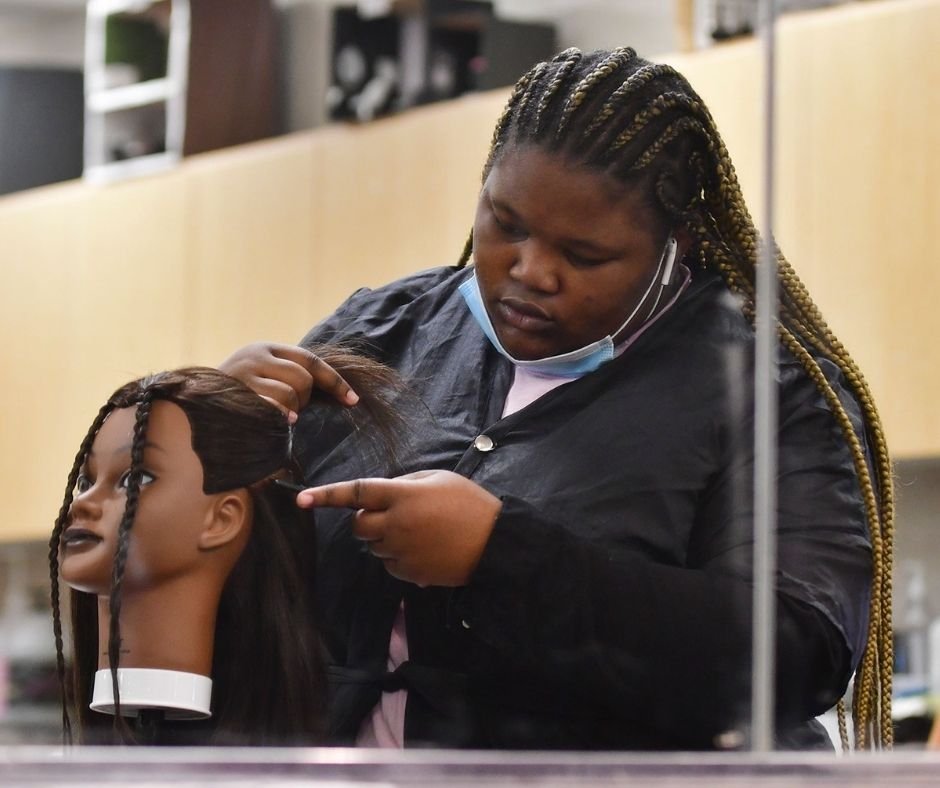