Last December, a TikTok video shared by @Jettsetfarmhouse sparked a discussion about how to clean garbage disposals properly. The 39-second video showed ice, salt, baking soda, and, finally, lemon gradually being dropped into a garbage disposal as the TikToker meticulously scrubbed — prompting some to applaud the method while others swatted it down.

According to Mills, pipes are prone to build-up over time and some things should never be tossed down the drain.

“Never put coffee grounds – they do tend to stick to the pipes and increase your risk of clogs,” Mills said, adding grease, oil, food, and paint. She also noted that just because an item says “flushable” doesn’t mean you should flush them.

“Enough of the item down the pipe will cause it to clog at some point,” she said. Mills continued that bathroom sink pipes can get “pretty nasty over time.”

“You can always remove the PVC elbow pipe from under the sink,” Mills said in order to unclog stains. “You can flush hot water through the elbow pipe, and it should come off.”

She recommended homeowners clean this area annually, if not every six months.

Unclog hair from the pipes with this simple home remedy

Mills said that plastic hair snakes unclog hair, but if homeowners don’t have a spare on hand, they can use a few common household ingredients.

“Squirt some dish soap into the drain, followed by a cup of baking soda and a cup of white vinegar,” Mills said. “After five minutes, pour a kettle full of boiling water down the drain. All of this will dissolve the hair.”

Mills told Insider that homeowners should start with the garbage disposal splash guard.

“Most can just be pulled out, where you’ll see build-up that can be scrubbed off. If it can’t be removed, you can still scrub it in place by pulling it from the inside out with a scrubby,” Mills said. “The grime comes off relatively easily with little effort as it is usually wet from use.”

Mills said to use baking soda, white vinegar, sea salt or thick granulated salt, and ice for the actual garbage disposal. She added that people should avoid putting food, including eggshells, in disposals.

To keep the blades sharp, “pour about two cups or so of full ice cubes into the disposal. On top of the ice, pour a cup of salt, turn on the cold water, and turn on the garbage disposal.”

Lastly, Mills adds some lemon peels into the garbage disposal with water to create a nice scent.

To unclog a garbage disposal, pour baking soda and one cup of white vinegar into the disposal, then wait 10 minutes. Finish the job with hot water.

Thu Feb 24 , 2022
Yes, small kitchen islands are a possibility. You don’t need a huge, sprawling space to have any chance of fitting one in. In fact, teeny kitchens will benefit so much from a carefully-designed small kitchen island unit – with or without seating – as these clever ideas show.  A compact, […] 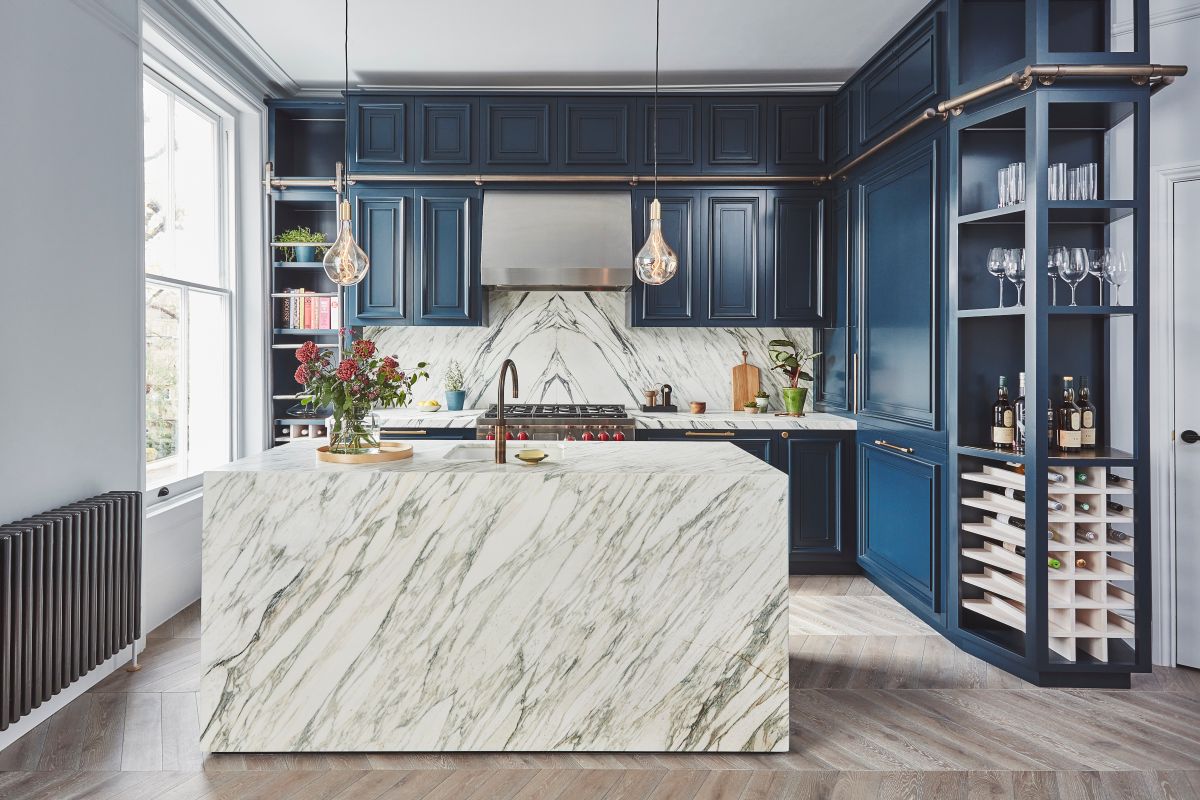