Imagine a world where your oven has your dinner piping hot the second you walk through the door, where you can brew a coffee from your desk via an app or have your fridge keep track of expiry dates and suggest recipes based on its contents. All of these things are possible today, if you have the budget.

But when designing a tech-augmented cooking space, there are a number of smart kitchen ideas that should be considered in advance. Here’s some advice on how to design a smart kitchen.

How to design a smart kitchen

But first, a bit of background on what a smart kitchen is and why you might want one.

What is a smart kitchen?

An automated home describes the technology that allows your house or apartment to be controlled via apps both inside and outside of the building. Think along the lines of internet-connected lights, locks and thermostats which are all controlled via your phone or tablet without needing to actually touch the appliance yourself.

A smart kitchen is a more localized version of this, and refers to things related to cooking and cleaning. So while there’s nothing stopping you installing smart lights or security cameras in there, for the purposes of this piece we’re going to focus specifically on smart appliances typically found in the kitchen.

Why would I want my kitchen to be smart?

To be clear, these kitchen ideas aren’t for everyone. If you see cooking as a way of escaping from screens and smartphone notifications then it’s perfectly acceptable to stick to traditional ‘dumb’ appliances without accompanying apps. It’s not like the world of the best TV brands where finding a non-smart version is nigh on impossible: smart kitchen appliances are the exception rather than the norm at the time of writing.

But there are clear advantages of being able to interact with your kitchen via phone. A connected fridge will allow you to consult its contents from your phone while you’re shopping so you don’t accidentally double up on food, while certain smart ovens can identify what you’re putting in and suggest cooking times for the perfect finish.

Does everything need to be smart?

No — you can make your kitchen as smart or dumb as you like. For some, just adding a smart screen for recipes will be enough, while others will want to go all in. A glimpse at the most popular kitchen TV ideas shows that more still will want to mix and match.

The beauty of smart kitchen appliances is that they all work as standalone products, which also means you can make your smart kitchen redesign a gradual process (which is handy, given the cost of some of the more desirable items).

It’s possible that in time branded items will work together (outside the smart kitchen, the Nest smoke alarm will tell a Nest thermostat to turn off fossil-powered heating if it detects smoke) but for now, smart kitchen appliances are largely independent of each other.

What can’t smart kitchens do?

It may be obvious, but the big disadvantage that smart kitchen appliances have at the moment is that they still rely heavily on human involvement.

That is to say that while you can heat a smart oven remotely for dinner when you arrive home, it won’t be any good if you’ve forgotten to put your food inside before you leave the house, and most have a button to activate remote operation as a safety measure too. In that respect, it actually requires more forward planning than a dumb oven!

Similarly, while you can get a smart coffee machine to brew a perfect cup from upstairs, you obviously still have to collect it yourself, and will do so for the foreseeable future. Amazon may be experimenting with household robots, but they’re a long way away from being surrogate chefs and butlers, alas.

How do I control it all?

Pretty much every bit of smart home technology comes with its own smartphone app (Android or iPhone), and the majority will also allow voice controls if you have a smart speaker in range. Some are specifically for Google Assistant, others for Alexa and some, thankfully, work with both.

But if the idea of having dozens of different apps on your phone is making you stressed just thinking about it, it’s worth looking into purchasing a smart hub which allows you to control disperate smart home gear with a single app.

The most popular hubs available are the Wink Hub 2 and Samsung’s SmartThings Hub, but do check their compatibility pages to see what is covered before you invest. At the time of writing, supported smart kitchen tech is pretty sparse on both unfortunately.

How to design a smart kitchen: Tips to get started

1. Ready your smart speaker or screen

Although not strictly necessary for your smart kitchen to function, we’d thoroughly recommend either buying your first smart speaker, or buying an additional one for the kitchen.

That’s simply because most smart kitchen appliances offer support for Google Assistant, Amazon’s Alexa or both, and being able to turn things on hands free is a godsend if your hands are messy from meal prep. Plus being able to set multiple alarm timers is pretty handy when you’re trying to keep track of a lot of foods with different cooking times.

For a smart kitchen, we’d actually recommend buying a smart screen rather than a smart speaker. Not only does this mean you can sneakily watch TV shows while you cook, but you can also bring up recipes on screen with the power of your voice, without the need to get your cookbooks grubby.

Which virtual assistant you adopt is down to personal preference, as both Google (Nest Hub: 7-inch for $100 or 10-inch for $230) and Amazon (Echo Show: 8-inch for $150, 10-inch for $250 or 15-inch for $250) have their own screens. But do check for compatibility with the smart kitchen devices you want to buy. Some support both, but others only support one or the other.

While a smart hub can theoretically reduce the number of apps you need to keep on top of as outlined above, it’s also worth considering picking a single smart kitchen brand and sticking to it where possible.

Companies like Samsung, LG and GE all make various smart kitchen devices from fridges to dishwashers, and this could mean fewer apps to grapple with, and more familiar voice commands for your smart assistant of choice. There’s also potential for them to seamlessly interact with each other.

You won’t be able to do this with everything, of course — especially if you’re after more idiosyncratic devices like smart popcorn makers or meat thermometers — but for the main devices that drive your everyday kitchen adventures, it certainly pays to be brand loyal.

3. Ensure your Wi-Fi is up to standard

Smart home devices rely on Wi-Fi to function, and if you have intermittent or flakey internet that can present a serious problem. While a dropped Wi-Fi connection won’t cause your smart kitchen appliances to cease their core functions (i.e: a smart fridge won’t stop refrigerating because it can’t connect to the internet), you will lose remote access, which is the main appeal of designing a smart kitchen in the first place.

Obviously to a certain degree the reliability of your home’s internet connection is out of your hands, but if that’s the case you may want to reconsider the whole smart kitchen venture altogether. Or at least see if other ISPs can provide a better quality service.

But if it’s just that your kitchen is far away from the router and prone to poor Wi-Fi, then help is at hand. Consider the best Wi-Fi extenders you can buy as an inexpensive but efficient way of eliminating kitchen Wi-Fi not-spots.

4. Pick and choose what you want to be smart

As mentioned previously, just because a kitchen appliance can be made smart, doesn’t mean it needs to be. While the advantages of having an oven that can pre-heat before you arrive home should be clear, it’s less obvious what you gain from, say, a smart toaster, or a smart kettle. Given the extra cost involved in adding smarts — screens, wireless chips and so on — you should question whether the benefit justifies the added expense.

That said, there are some smart kitchen appliances which, though expensive, justify their cost with some truly useful functionality.

Samsung’s collection of Family Hub branded fridges, for example, not only provide a screen for sharing notes and messages, but can keep track of expiration dates and even recommend recipes based on what’s inside.

The countertop June Oven, meanwhile, can identify what you’re trying to cook and recommend appropriate times via its built-in camera and AI. It also moonlights as an air fryer, slow cooker, toaster, pizza oven and dough ovens as well as performing its main duties as a convection oven which goes some way to justifying its high price point.

And if you’re calorie counting, then the Etekcity Smart Food Nutrition Scale is handy, as it can estimate the nutritional value of what you’re weighing, helping you keep track of the food you’re cooking from scratch.

These are just a few examples, and some things will certainly appeal more than others.

Once you have a few smart kitchen devices set up, you can think about how they work together, and integrate into your wider smart home with automated routines.

Simple smart home routines can be set up with smart speakers. For example you could program it so that saying “Alexa, good morning” turns on the smart light, opens the smart blinds, reads out an audio news briefing and starts a coffee brewing. For more complex routines, apps such as IFTTT (“If This Then That”) or Stringify can be used to programme smart home routines.

It’s perhaps harder to think of routines that would specifically work for smart kitchen set ups that are so dependent on what meals you’re preparing at any given time, but if you can imagine it, it should be programmable.

It’s easy to get lost in trying to make your smart home function exactly as you want it to. But if you’re spending more time on setting it up and perfecting routines than you’re saving through the little quality-of-life measures that smart kitchen appliances bring, then you’re ultimately doing it wrong.

Remember, smart home tech is designed to make your life easier, not harder.

The 8 hottest graphic design trends in 2022

Wed Feb 23 , 2022
Graphic design trends don’t stop and start according to the calendar, and some should probably be taken with a grain of salt. But all designers need to at least be aware of the direction that design is going in (if only to explain to a client why a certain trend […] 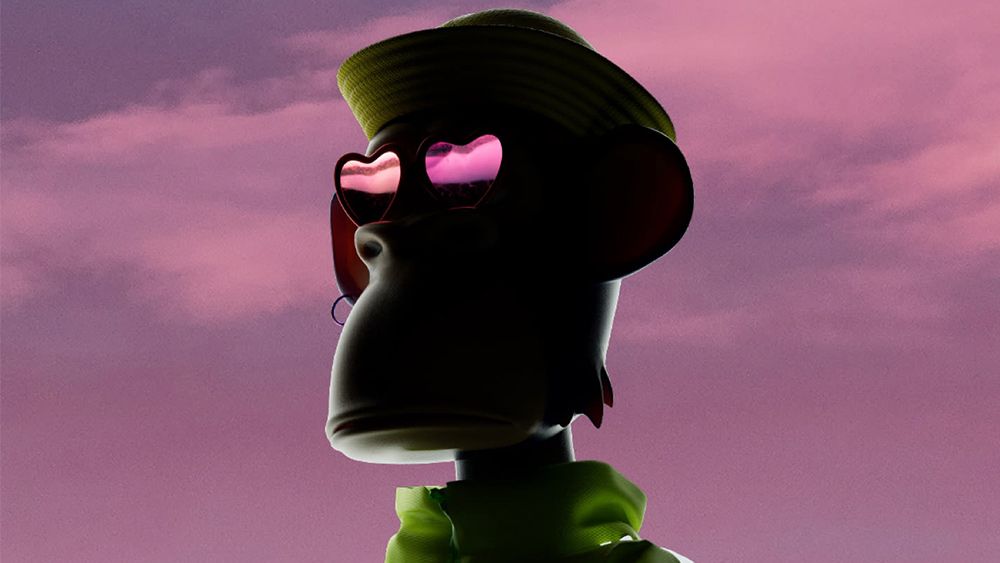