“With increases in both the frequency and intensity of severe weather, it’s imperative Americans take the opportunity to strengthen their homes during new construction or when it is time to re-roof,” explains IBHS CEO Roy Wright, “Despite the challenges facing the building industry, the companies we honor today continued to provide the information, opportunity and expertise to guide homeowners to make their homes stronger and, in the process, helped further establish FORTIFIED as the national standard for resilient construction.”

The FORTIFIED Home™ program, developed by IBHS and based on decades of research, is a voluntary beyond-code construction and re-roofing method that strengthens homes against storms. Each of FORTIFIED’s three levels of protection (Roof, Silver, Gold) has been proven through lab testing and real-world events to reduce the risk of damage from severe weather, including high winds, hail, hurricanes and even tornadoes. The program offers homeowners three vital elements: the FORTIFIED Home standard, FORTIFIED-trained contractors and a verification process by independent FORTIFIED evaluators to confirm a home has been built or re-roofed meeting all FORTIFIED requirements.

“Intense and active hurricane seasons in 2020 and 2021 sparked a demand for resilient construction and re-roofing, and our network of contractors and evaluators worked tirelessly to meet it,” says FORTIFIED Managing Director Fred Malik. “At the same time, FORTIFIED Pioneers were introducing the program to impacted communities across the country. As a result of this work, thousands of families will have a home to come back to after the next storm.”

With the help of those FORTIFIED Pioneers, partner organizations and other service providers, FORTIFIED grew throughout the Southeast in 2021. That momentum has continued to build into this year, with the program garnering unprecedented interest throughout the country and on track to see its first designations in as many as six states in 2022.

For the first time, IBHS is presenting a FORTIFIED Pioneer Award to a manufacturer that has demonstrated a commitment to advancing resilient construction. The inaugural recipient is Huber Engineered Woods, recognized for being an innovator in manufacturing products compatible with the FORTIFIED standard, introducing the FORTIFIED program to contractors across the U.S. through training and marketing opportunities and, most recently, increasing visibility of the program and enabling roofing contractors to more easily identify products that meet the FORTIFIED standard by incorporating FORTIFIED branding and installation details on its newest product, Zip System™ Peel and Stick Underlayment.

Also for the first time, IBHS is recognizing government agencies who use the FORTIFIED program to help make their communities more resilient against severe weather. The New Orleans Redevelopment Authority is the first agency in the country to require new construction it funds to meet the beyond-code requirements of FORTIFIED. Similarly, the Louisiana Office of Community Development and the Louisiana Housing Corporation are working together to ensure the 14 multifamily projects funded through the PRIME program meet the FORTIFIED Multifamily standard. Each agency was honored with a Pioneer Award.

“Every year, we’re reminded it only takes one storm to devastate a community,” added Wright. “Our FORTIFIED Volume and Pioneer Award recipients are helping narrow the path of storm damage by ensuring thousands of families have a home that can withstand the severe weather it faces.”

IBHS is proud to recognize the builders, roofers and certified FORTIFIED evaluators who put FORTIFIED into action across the country.

About FORTIFIEDPlease visit FORTIFIEDHome.org to learn more about how the FORTIFIED programs, including FORTIFIED Home, FORTIFIED Commercial and FORTIFIED Multifamily, use IBHS science to help tens of thousands of families live in homes that can withstand severe weather.

About the Insurance Institute for Business & Home Safety (IBHS)The IBHS mission is to conduct objective, scientific research to identify and promote effective actions that strengthen homes, businesses and communities against natural disasters and other causes of loss. Learn more about IBHS at DisasterSafety.org.

Natural Spring Cleaning Tips For Every Room In Your House

Fri Apr 22 , 2022
As the days get longer, we all start to feel more active and energized. That makes now the perfect time to throw open the windows and get in some spring-cleaning. But before you pull out the toxic cleaners, consider these natural cleaning alternatives. They’ll help clean, disinfect and freshen up […] 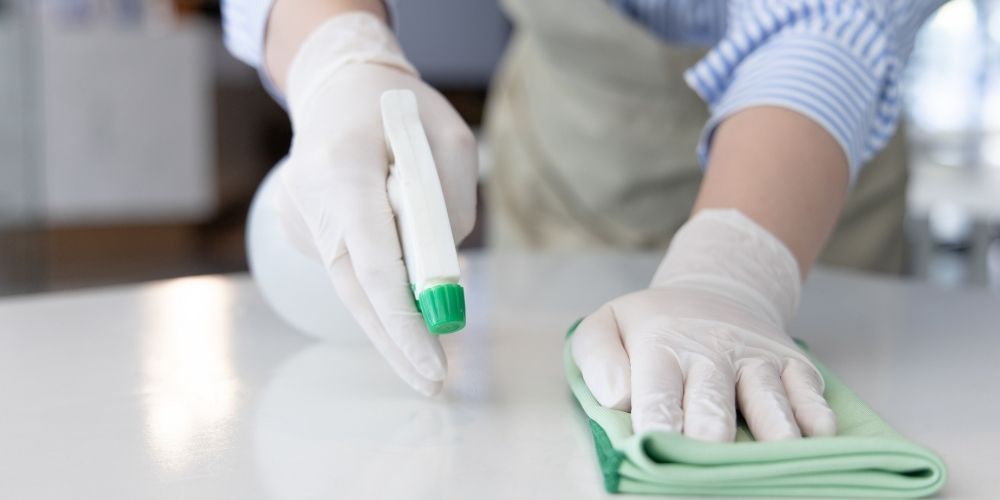