OKLAHOMA CITY (KFOR) – Developers behind a luxury 326-room apartment complex that burned to the ground say they are waiting for investigations to finish so they can move forward.

In February, Oklahoma City firefighters were called a fire at The Canton at Classen Curve, a five-story apartment building near N.W. 63rd and Western.

Owner-operator of The Classen in OKC sued by residents for alleged gross negligence, invasion of privacy

Officials say the fire was extremely hard to put out, adding that a garage collapsed at one point. Crews believe the roofing material made it hard to contain the massive fire.

“Again, this is a very large complex that is being built. When we got here, there was basically smoke on the roof and a smaller amount of fire when we first arrived. But what we realized was the roofing material is a rubberized roofing material that basically it doesn’t go out well with water,” said Batt. Chief Benny Fulkerson, with the Oklahoma City Fire Department.

Multiple agencies were called to the scene to help fight the five-alarm fire throughout the night.

It took four days to put the fire out, and then the structure was demolished.

Fire officials say the investigation into what sparked the fire at the complex is taking longer than they anticipated.

Now, the developers behind the complex say they are working to move forward.

“We have been steadfast in our belief in this project since we began the process in 2019,” said Todd Glass, Senior Managing Director of Investments at Humphreys Capital, the lead investor in the project. “Our confidence in the Oklahoma City market and in the amazing quality-of-life Classen Curve has to offer residents has only increased over the years. We were close to completing construction and starting leasing when the fire occurred. Now we must wait for the fire investigations to be completed before we can assess next steps.”

When the fire broke out, The Canton was just weeks away from receiving a certificate of occupancy, which would have allowed leases to be finalized and residents to move in.

Officials say the project was on track to rent faster than expected, and added that rental rates were well above initial projections.

At this point, they say all of the investigations must be complete before they can begin final site clean-up.

“Our development team continues to work through the process,” said Hines Senior Managing Director David McGinnis. “While the fire was certainly a disappointment, we remain incredibly grateful that no one was hurt. Buildings can be rebuilt, and when this process is complete we hope we have the opportunity to work with our partners at Humphreys Capital on another first-class development in Oklahoma City.”

“Our company has managed real estate investments for more than 50 years across three generations, but this is our first time to encounter a disaster of this magnitude. It is certainly a humbling experience and has made us especially thankful to be working with a world-class partner like Hines. We are following their lead and are optimistic we will figure out a way to move forward together,” said Blair Humphreys, CEO of Humphreys Capital.

How to clean a bathtub: 12 tips to leave it sparkling

Fri Apr 29 , 2022
Ensuring good bathroom hygiene means knowing how to clean a bathtub thoroughly. And that‘s not just the tub itself, but the drain that can get clogged up with hair and soap scum, plus the jets if yours is a hydrotherapy tub. A tub that’s sparkling clean also makes the room […] 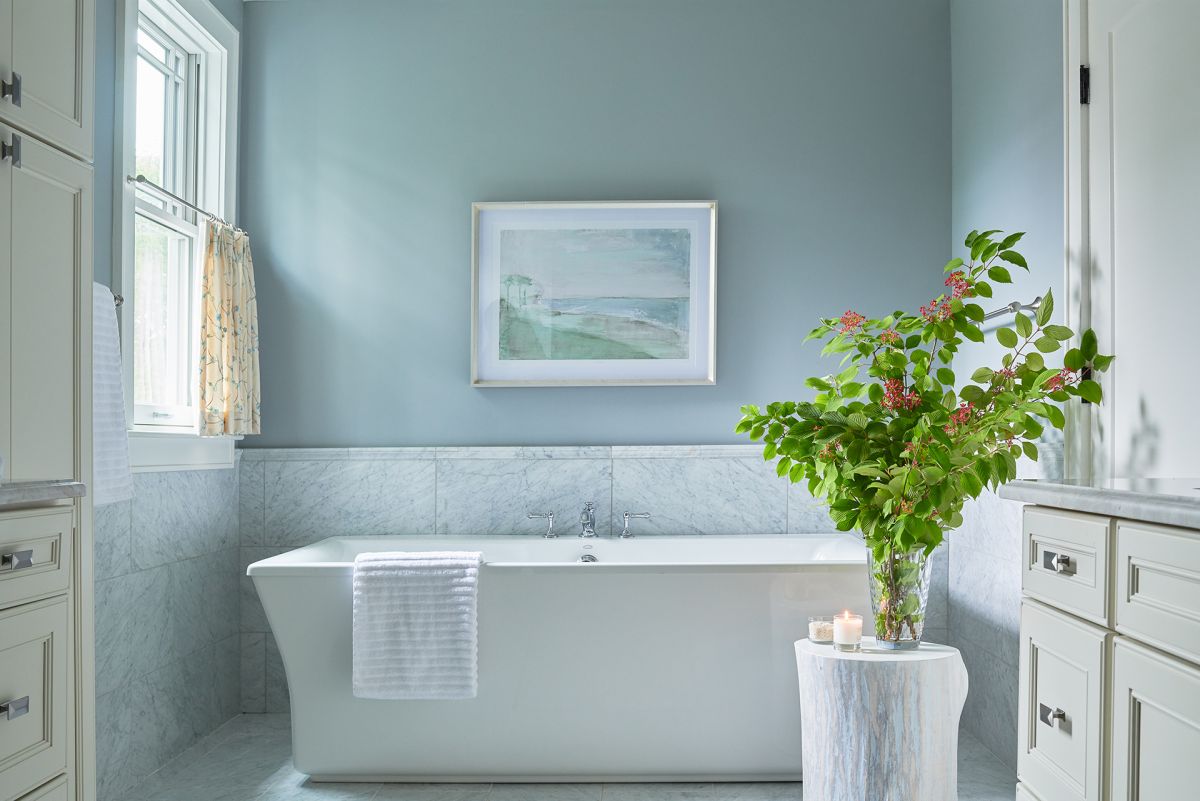