A Jacksonville roofing contractor who has been at odds with federal work-safety regulators for years could be jailed for not paying $2.2 million in fines.

A federal judge has recommended locking up Travis Slaughter, who was found in contempt of court in 2020 over payments he owes the U.S. Occupational Safety and Health Administration.

“Mr. Slaughter has knowingly and intentionally avoided complying with the directives of the … contempt order,” Senior U.S. District Judge Harvey Schlesinger wrote in a report that was forwarded to an Atlanta appeals court deciding the contractor’s fate.

Slaughter’s lawyer is arguing his client “has complied to the best of his ability” with the court’s orders and didn’t get to tell his side before being found in contempt.

The decision by the U.S. 11th Circuit Court of Appeals will involve how government handles a business owner who admitted ignoring earlier enforcement efforts but argues the steps being considered now violate his rights.

“The crushing amount of the fines caused me to stop reading any mail or documents from OSHA,” Slaughter wrote in a Jan. 17, 2020 response to a notice that the appeals court had found him and two of his companies — Great White Construction and Florida Roofing Experts — in civil contempt.

OSHA inspectors had examined Slaughter’s job sites a dozen times between 2013 and 2017, writing a stack of citations for things like failing to protect employees from falls of more than six feet.

Since none of the citations were challenged, Schlesinger wrote, the fines became final, but they were never paid.

Slaughter, 50, told the court in 2020 that “any OSHA violations were immediately corrected and no longer exist,” but said he couldn’t pay the fines and that “these cases will basically force me out of business.”

The U.S. Labor Department, OSHA’s parent agency, asked the appeals judges for “coercive sanctions,” a punishment that’s supposed to end once the person being coerced complies with a government order. The agency said Slaughter should pay what he’s able to but “has not paid a penny towards the penalty.”

Warning he could be jailed if he didn’t cooperate, the appeals judges told Slaughter to either pay the money or work out a payment plan and to provide bank records, tax returns and other financial records showing how much money was available to him. In Jacksonville, Senior U.S. District Judge Harvey Schlesinger was assigned to oversee compliance with the appeals court orders through a series of hearings and depositions.

In August, a Labor attorney told Schlesinger that neither Slaughter nor his companies had handed over any tax returns. The lawyer also said Slaughter had opened bank accounts without reporting them and withdrawn $226,000 from a retirement fund, and that $136,000 had been spent before the government found out.

In October, another lawyer asked for a court order making Slaughter undo quit-claim deeds he had used to transfer real estate he owned to his family for a listed price of $10.

In his report to the appeals court, Schlesinger concluded that “justice requires” granting that request and also supported incarceration.

Attorney Richard Komando, who began representing Slaughter after the appeals court found the contractor in contempt, has objected to the judge’s conclusions and said Slaughter was owed more opportunity for him to argue his side.

“[T]he court’s determination of contempt was based on the government’s argument without any witness testimony and without the presentation of any evidence,” Komando wrote in a filing last month. “Therefore, Mr. Slaughter was entitled to notice of the contempt charge, the right to counsel, and the opportunity to be heard on the charge.”

Komando argued Slaughter’s right to due process of law was violated and said his client offered to make monthly payments but was rejected by the government.

“Without the court hearing from Mr. Slaughter or making a determination based in fact of Mr. Slaughter’s ability to pay, a recommendation of incarceration is tantamount to debtor’s prison,” the attorney argued.

Paying off the fine might not end Slaughter’s trouble anyway.

Komando’s filing said the government is seeking about $1 million more from a separate case and that the Internal Revenue Service has said it’s owed anotherl $1 million.

The attorney is asking for a hearing to weigh whether the fines being sought are even appropriate.

“The government cannot in good faith, allege Mr. Slaughter has the ability to pay more than more than $4,209,766,” Komando wrote.

It’s not clear when the appeals court will act, but Schlesinger’s recommendation was cheered by Labor officials.

The case “shows we will use every resource available to hold Travis Slaughter and his companies …accountable for continually putting workers at risk of serious injury or worse,” Regional Solicitor of Labor Tremelle Howard in Atlanta said in an emailed statement.

Tips for Cleaning and Decluttering Your Home

Wed Jan 26 , 2022
Now that things are finally settling down from the holidays, you can finally take time to catch up on chores and errands. During the busy season, many people let their homes get chaotic since they don’t have the time––or energy for that matter––to clean up. As February approaches, don’t let […] 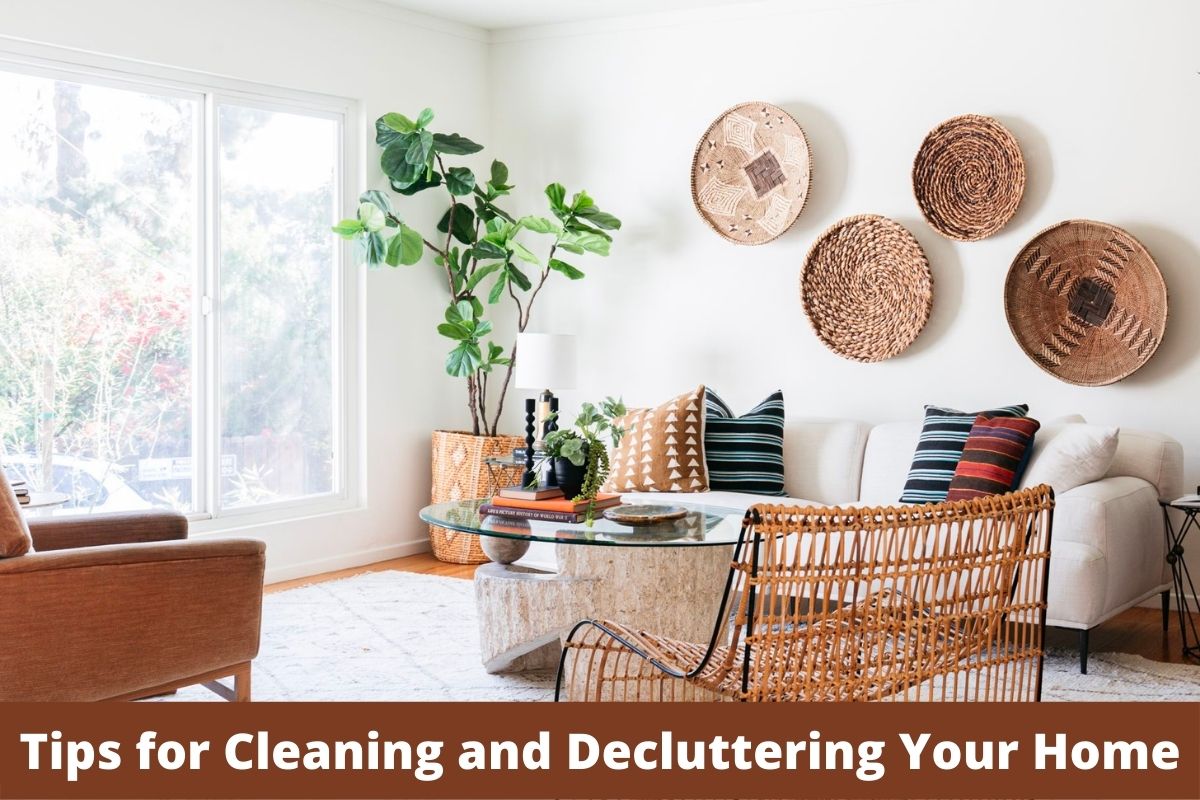