It can be extremely stressful to sell a car on Craigslist—especially if your car has a manual transmission—but searching for your next car can be good fun when you know the trick of searching for yellow cars only. My esteemed and learned colleague, Jake Lingeman, did a fine public service for Craiglist car shoppers a couple of weeks back, finding five fun cars available from Craigslist sellers for less than ten grand apiece. As a serious cheapskate and veteran of 12 years of writing Project Car Hell episodes, though, I felt that it should be possible to find five interesting cars—running cars, mind you—for less than one grand each. That's just what I did, so here we go!

Did you think you'd be seeing a bunch of hantavirus-infested Hyundai Accents and triple-salvage-titled Olds Achievas here? No way! How about a sleek, powerful E38 BMW 7-Series, complete with 282-horsepower V8 engine and an interior made from the skins of an entire herd of Bavarian cattle? This high-tech 1998 BMW 740i has been sitting for a while and needs a tire, but it runs and the body looks straight. Drive a high-tech Autobahn bomber and have money left over for extra spätzle with your next German dinner!

That BMW would be pretty quick, but what if you insist on a European luxury sedan with three pedals? Craigslist to the rescue, with this 2002 Jaguar X-Type with the rare (in the United States) 5-speed manual transmission. The price? A mere $800, which is peanuts for a car that we thought was pretty swanky when it was new. Why so cheap for a Jag that looks great inside and out? Well, there's the small matter of its being flagged by the California Bureau of Automotive Repair at its last smog inspection, meaning a hard-eyed BAR referee will need to take a look. How hard could that be?

Let's say you want a manual transmission but it must be installed in a vintage machine with some old-fashioned style. We've got just the car for you here: this 1975 Datsun B210 coupe, priced at a very reasonable $850. No serious rust, manual transmission, Nissan Sunny good looks, and it's just begging for you to drop in a readily-available JDM SR20DET engine. You'll be a hit at the next Japanese Nostalgic Car meetup with this one.

If you'd prefer a classic Detroit sedan to a classic Japanese coupe, we understand. That's the reason I've found this 1974 Buick Apollo sedan, priced at $750 or best offer. The Apollo was the Buick-badged version of the Chevrolet Nova, and this one even has the sturdy, Nova-grade 250-cubic-inch straight-six engine coupled with the luxurious three-speed automatic transmission. The car came from the Midwest, and so it has plenty of Midwest-style rust… but that rust will scare away the lightweights and perhaps induce the seller to knock a few bucks off the price.

The sixth-generation Cadillac DeVille came with every luxury feature in the book, plus the futuristic DOHC Northstar V8 engine (after 1995). It's tough to find a 20-year-old luxury car with a near-perfect interior, but this 1997 DeVille— previously owned by Esther and Dorothy, to give you an idea of how it was cared for— looks just about new inside. Don't be put off by the overheating problems, because they only happen when it's over 70°F outside (which means it might not be the non-serviceable Northstar head gasket), but do look at all the new parts!

This content is created and maintained by a third party, and imported onto this page to help users provide their email addresses. You may be able to find more information about this and similar content at piano.io

25995 FINANCING FOR EVERYONE - LIKE BUY-HERE-PAY-HERE BUT BETT pic hide this posting restore restore this posting.

Android is a trademark of Google Inc.

The Equifax logo is a registered trademark owned by Equifax in the United States and other countries. 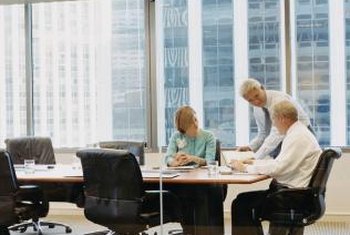 If your business needs to sell one of the vehicles in its fleet, one option available to you is to list the automobile on Craigslist. Craigslist is an online classifieds site that allows users to list items for sale at no cost. By listing your vehicle on Craigslist, you may find a buyer more quickly than through a newspaper classifieds section or by using the classic "For Sale" sign.

Launch a Web browser and navigate to the Craigslist website (see Resources).

Enter a title for your post. A best practice is to give the year, make and model of the vehicle you're selling. You can also use a word or two to describe its condition.

Type your asking price for the vehicle and the vehicle's location in the fields provided.

Enter your email address into the Reply To field. Make sure this is an address where you're comfortable with receiving inquiries.

Add a description in the Posting Description field. You can use this space to describe the vehicle in more detail. For instance, you can mention any features that were added after purchase. You can also describe how your business used the vehicle and how well the vehicle did its job. Some ad posters also include a phone number in this field for potential buyers to call.

Click the "Choose File" button and select an image of your vehicle from your computer. You can add up to eight images to your post. When you're finished adding images, or if you would rather not add any, click the "Done with Images" button.

Click the "Continue" button and check the email account you entered in Step 6. You will receive an email from Craigslist containing a link for email verification. Click this link to verify your email address. This also will publish your ad.

Shawn Farner is a graduate of Indiana University of Pennsylvania, receiving his Bachelor of Arts in English in 2008. His writing has appeared on CrunchGear.com, SlashGear.com and gizHQ.com. He currently resides in Harrisburg, Pa.