So even though cyberpunk may be dead, the people who grew up on Gibson’s writing, Akira, and Blade Runner are still around. You may have noticed their super-slick, minimalist version of sci-fi cropping up as they wrestle whatever’s left of the dissident genre into a different shape, folding in haute couture fashion designers like Iris Van Herpen and architects like Zaha Hadid, fine-art photographers like Filip Dujardin. Their version of sci-fi is minimalistic and classy, rearranging the familiar players — cybersecurity, futuristic war games, urban streetscapes, and mechanical bodies — into something cleaner, frictionless, and perhaps most importantly, wireless.

"The development of sci-fi design into a slicker, darker, and in many ways more mature beast is something I have noted and enjoyed," says the designer Aaron Beck. If William Gibson is a distant and skeptical father figure to cyberpunk, Beck could be considered one of its favored sons. A designer at the special-effects house Weta, he has had a hand in some of the most innovative sci-fi world-building in recent memory: his name appears on the production credits for Avatar, District 9, and Elysium. Some of the designs he mocked up for the latter — of robo-couture fashion models and villains like the spawn of a werewolf and a stealth bomber — were circulated widely online, though they weren’t ultimately used in the final cut.

Beck says that as far as "science fiction design and art in general goes," he’s noticed "some cool and clean work ... a blending of European high fashion with Japanese science-fiction design." And for those scrapped Elysium renderings, he wanted to see how "designer label advertising could influence a synthetic body in subtle ways." Beck cites this kind of cross-pollination across genres as a practice that might make his work "stand out in a sea of generic, ‘cool’-looking science fiction art."

He also happens to mention Otaku Gangsta. Maybe you’re seen him around — he has a little over 13,000 followers on Tumblr and at least one person I spoke to called him "prolific." William Gibson is a fan; he shouted him out on Twitter a few years ago. In a given day Otaku Gangsta might post a delicate black-and-white fractal graphic; a rendering of a complicated, fictional police drone; a pleasantly arranged set of stock-photo guns, a clean studio image of a Kendo swordfighter; a classy airbrushed poster of an astronaut, and a page from the manga series Shigurui.

Otaku Gangster, real name Dietrich Groundsel, explains what he does in Gibson’s words, appropriately enough. "The Otaku," he writes, "the passionate obsessive, the information age’s embodiment of the connoisseur, more concerned with the accumulation of data than of objects."

Groundsel has been on Tumblr since March 2010, when he started cataloging those various passionate obsessions, of which he has quite a few. In a single paragraph of one email he manages to mention six graphic novels, twelve films, seven anime series, six electronic musicians and four clothing companies he’s influenced by. He claims to take "several hours" each day to scroll through the 515 Tumblrs he follows; his other sources range from unknown users on CGHub to the buried online archives of the Seoul Museum of Modern Art. Groundsel may be a particularly thorough example of an image blogger cleaving together sources like these, but he’s just one node in a vast network, among them the Robotic Network and the Shinobi Gang.

*Not too shabby for a work that doesn't attempt to sell glass or valorize mud.

"How do robots see the world? How do they gather meaning from our streets, cities, media and from us?

"This is an experiment in found machine-vision footage, exploring the aesthetics of the robot eye.

"Uses material from the following sources:" 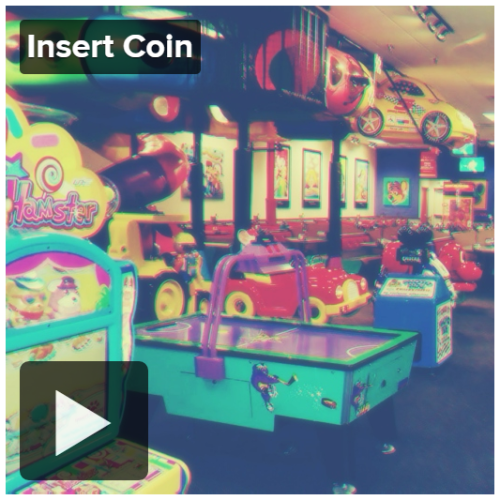 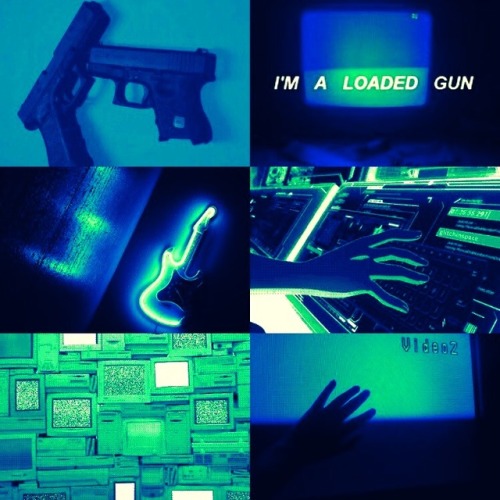 Aesthetic Cyber Noodle from the Gorillaz!

When I stare into your eyes, I see nothing but adoration, longing, and bliss. Your cold, metallic hands are gripping me so tightly, but you’re nervous, I can tell. You don’t want to hurt me, but controlling yourself has never been your strong suit. I’ve wanted this for as long as I’ve known you, so please, have your way with me.

as your systems whirr to life, i greet you with a smile. 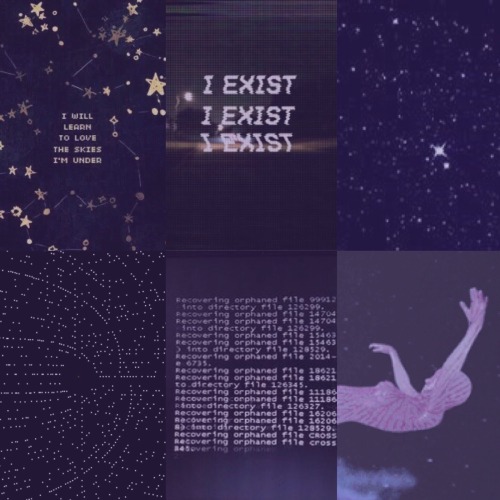 Anonymous whispered:
Hello! My name is Hal and I am kin w lil Hal from homestuck and my kin blog is @hal69thousand and I was wondering if I could join!

You are welcome to join us, Hal.

Of course fictives are allowed.
I am a fictive myself.

Anonymous whispered:
>>hello, im mj2.2 found at @scope-labs-ai and i just want to talk to other robots please. im lonely

Welcome to the group! Sorry we took a hiatus!

Imagine how many of us have passed the ones we knew all those millenia ago without even realising it.

posted 4 years ago on 22.1.2017 with 264 notes
via: vampiresareneat• ori: decepticonjournal•reblog

Anonymous whispered:
I just made a side blog for kin stuff because I don't know how kin friendly my followers on my main blog are, but it's @cabinet-enby and I'm idw Rodimus and Prowl, g1 Soundwave and tfp Shockwave if you want to add me to the list!

You’ve been added! Apologies for the delay. - Mod Prosecutor

Sours: https://cybertron-united.tumblr.com/
The Death of Tumblr

The Death of Tumblr