Global Leadership Adventures was founded by Fred Swaniker as a precursor to the African Leadership Academy, based in Johannesburg, South Africa but became a separate entity in 2004.[1] The organization headquarters is currently based in San Diego, United States. GLA is a division of Terra Education, which is a certified benefit corporation (B-Corp).[2] Other companies with Terra Education include Summer Springboard and Discover Corps.

In 2005 and again in 2008, GLA hosted Archbishop Desmond Tutu in South Africa to speak about the legacy of Apartheid. In 2007, GLA students met with Costa Rican president and Nobel Peace Prize Winner Oscar Arias to discuss the Central American Free Trade Agreement (CAFTA) which was to be voted upon in a national referendum in Costa Rica.

GLA has been featured by a number of publications, including the New York Times,[3]The Boston Globe, Teen Vogue, and The Huffington Post. GLA has a growing alumni base, with student alumni hailing from over 50 countries.

Global Leadership Adventures offers high school students journeys that have often been called "inspiring." Programs are offered in Africa, Asia, Europe and Latin America and students from around the globe come together to volunteer side by side with local people, learn first hand about social issues and explore places of historical and cultural significance. Although each program is different, they all build awareness of other cultures, educate students on important issues, and develop leadership skills necessary to be effective in a globalized world and in the formation of becoming "global citizens."

Whether you are an enthusiast and want to fuel your passion on a project that builds on your interests, or you are an explorer who wants to find your passion and serve a community-in-need, when you volunteer with GLA, you become a part of a diverse group of teens that want to make a difference.

With a history and heritage in global education, GLA packs itineraries with leadership development, volunteering and the delight of taking learning off the beaten path. Our unique program design produces what many students call a life-changing experience.

The long-term partnerships we have developed with local individuals, community leadership and action-oriented organizations continue to be the backbone of our programs.Helping them deliver sustainable impact while transforming the way we look at the world and ourselves is what gets us fired up every day at GLA. 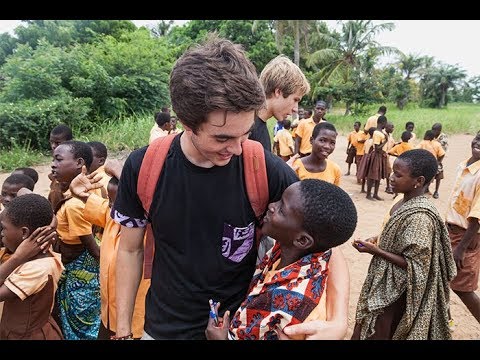