This is a story of an area roofing company’s salesmen who broke almost every rule there is to break, and unfortunately for them, they knocked on the wrong door to do it.

I’m disgusted with the antics of S.W.A.T. Roofing and Contracting of Haslet. Still, I gave owner Andrew Dumas more than a week to talk to me about what I witnessed. At his request, I sent him surveillance photos from my home security camera showing his two salesmen on my front steps. But Dumas would never speak to me about it.

He has a few problems though. The two roofing associations he belongs to — local and state — promise to investigate him for ethics violations.

Why is this important? Because it’s hail season in Texas, and some neighborhoods are going to be hit hard. Roofers, many from out of town, will swarm like buzzards, going up and down your block, trying to get business in the only Gulf Coast state without a roofers’ license or even a basic certification process.

This shows you how they can work to deceive. What did those two salesmen for S.W.A.T. Roofing do wrong?

1) No solicitors. They ignored the “No Solicitors” sign on my front door and rang the bell. That alone was enough to get my dogs barking which awakened my wife Karen from a well-deserved nap. You mess with my wife’s nap, dudes, you mess with me.

2) Acted like police. These guys wore jackets with S.W.A.T. printed in big letters across the back — similar to police officers. When I didn’t answer the door, one of the men pounded on it the way police would before a raid. Later, I checked my home security camera and took blurry photos of them hanging around on my front steps.

3) Violated city soliciting law. I checked with my local police department, and there was no record of them obtaining a solicitor’s permit. Requirements include a copy of a driver’s license, two color photos, $65 for a background check and $20 for a permit fee. Solicitors are not allowed to knock or ring the doorbell at locations with a “No Solicitors” notice. Many cities have similar ordinances.

Even after these errors were pointed out to Dumas by me and others, as of Thursday, he still hadn’t corrected the wording on his website.

One reason this is troubling is because I’ve always believed one smart way to shop for a roofer is to hire someone who is a member of two reputable associations. One is the North Texas Roofing Contractors Association, and the other is Roofing Contractors Association of Texas, which offers its version of a private license for those who go through their process. RCAT has 760 members and about half have the private license.

I always figured that if a roofer spent the time and money to belong to one or both of these organizations, that shows they are local, and are willing to invest in membership as a commitment to bring credibility to a troubled industry.

But Dumas proves me wrong because he is a member of both organizations. If he had an RCAT license, I’d cut him some slack. But RCAT executive director Sarah Ramon told me that although Dumas is a member, he’s never earned RCAT’s license.

“We expect our members to abide by a code of ethics,” she said. S.W.A.T. will be reviewed by an ethics committee, she promised.

“There can be a lot of unscrupulous characters,” she said. The goal of her nonprofit is to “make them better contractors.”

I also alerted the North Texas roofers group, which has 400 members.

Executive director Karen Vermaire Fox told me the S.W.A.T. case, because the company is a member, would be reviewed by their ethics committee. The goal is to educate their members, correct them and show them the right way to do things.

I checked with two state agencies which, in a normal state government, would be regulating roofers like Dumas.

Ben Gonzalez of the Texas Department of Insurance said, “We do not regulate roofers.”

“Texas does not regulate roofers,” Tela Mange of the Texas Department of Licensing and Regulation told me. “You did the right thing to contact local law enforcement to check whether they had a solicitor’s permit. You should also share with the police any concerns you may have about the company seeming to impersonate law enforcement officers.”

Final note: The reason I launched my Watchdog Nation consumer rights movement years ago stemmed from what I learned hiring Texas roofers. There are ways to check out prospective roofers and contractors. Please consider cutting out the accompanying sidebar of tips and saving them for, er, a rainy day. IN THE KNOW / Shopping for a roofer

– Put up a No Solicitor’s sign on your front door. Learn if your city requires a solicitor’s permit?

– Does your city require permits for new roofs and other construction, too? Cities differ.

– Ask to see their certificate of insurance. A reputable contractor will not hesitate to show you. Call and find out if the insurance is still in effect and if it covers roofing work.

– If they promise to waive the deductible, they’re breaking the law. NTRCA has launched a website devoted to this – DontFraudMyTexas.com.

– Do they claim to have a license, registration or certification from the state? If so, pants on fire.

– Does the company have a permanent local address? Is their vehicle license plate from another state? Drive by and check their business address. Ask to see the owner’s driver’s license. Make a copy.

– Get references from past customers. Don’t fall for a salesperson’s charm or too-good-to-be-true promises. Seek multiple bids.

Become a citizen of Watchdog Nation.

Join Dave Lieber and learn to be a super-consumer.

Subscribe: PLEASE support The Watchdog’s brand of straightforward journalism designed to save you time, money and aggravation. Treat yourself to a digital subscription (and make him look good!) by using the special Watchdog code: https://www.dallasnews.com/subscribe/watchdog-1

Watchdog Home Page: You can’t afford to miss The Watchdog’s two reports each week. Follow our latest reporting always at The Watchdog home page which features all recent columns.

The Dallas Morning News Watchdog column is the 2019 winner of the top prize for column writing from the National Society of Newspaper Columnists. The contest judge called his winning entries “models of suspenseful storytelling and public service.”

* Helping the widow of Officer J.D. Tippit, the Dallas police officer killed by Lee Harvey Oswald, get buried beside her late husband

Cleaning Tips and Tricks To Get Your Home Ready For Spring

Fri Mar 4 , 2022
Photo by Home Clean Heroes of South Charlotte MINT HILL, NC – Spring is in the air: the birds are singing, the air is changing its smell, and those windows are screaming to be open. With spring right around the corner, it is time to take care of your home […] 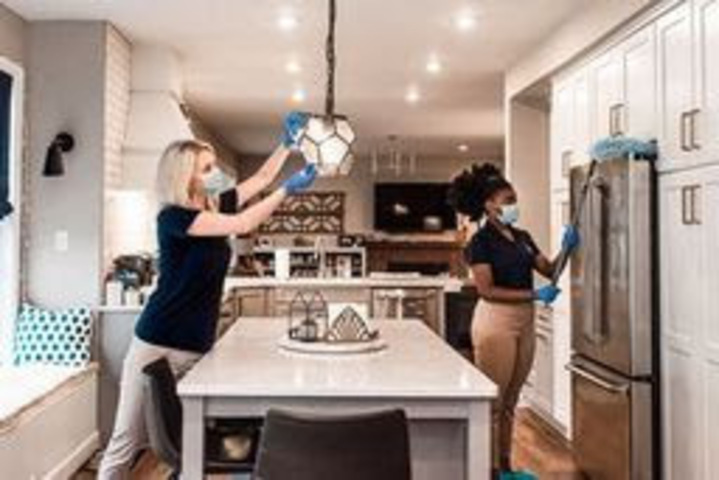