Orlando, Fla. — Westlake Royal Building Products is introducing itself to the construction market following a couple of transformational acquisitions by a parent company that recently changed its name to Westlake Corp.

The acquisitions made by the Houston-based company, formerly Westlake Chemical Corp., lift its position in the housing and infrastructure markets by expanding its product offering from siding, decking and trim to roofs, windows, architectural stone, outdoor living products and PVC pipe for water and sewer.

“We have undergone a great transformation. It’s really exciting to pull all this together,” Steve Booz, vice president of marketing for Westlake Royal Building Products, said at the International Builders’ Show.

Westlake Royal Building Products was one of the most prominent companies at IBS, which was held Feb. 8-10 in Orlando. The building product maker’s new name was on signs over entry doors and on aisle ways between booths.

The transition started in June 2019, when Westlake acquired Lenexa, Kan.-based DaVinci Roofscapes LLC, which added a polyethylene composite slate and shake to the siding, decking and trim offerings of its Royal Building Products subsidiary.

Westlake Royal Building Products now has 6,000 employees at 40 sites. The Boral acquisition alone added 4,600 employees at 29 sites in the U.S. and Mexico that generate more than $1 billion in sales.

Westlake Corp. has indicated it remains active in growing the housing and infrastructure segment of the business, Booz said.

“After we acquired DaVinci, we saw involvement and growth that we just didn’t have under our cash-strapped previous owners,” Booz said of Axiall Corp. “Westlake is a very well-run, well-funded company under the Chao family.”

The new owners focused first on chemical assets as a major supplier of polyethylene in addition to PVC. In the meantime, building products sales picked up. In 2021, Westlake generated just over 25 percent of its $11.8 billion of annual sales from building products.

Last year, sales of housing and infrastructure products increased 52 percent to $3.1 billion, while sales in the materials segment, including PE and PVC, were up almost 59 percent to $8.7 billion.

Westlake is the fourth-largest North American pipe, profile and tubing producer based on $1.4 billion of extrusion sales, according to Plastics News’ latest ranking.

With trade shows resuming in person, Booz and other company officials started rolling out the Westlake Royal Building Products branding Feb. 1-3 at the International Roofing Expo then IBS.

“We had a foot in that pond with DaVinci as a specialty product, but now we’re in a much bigger place in markets we just couldn’t hit before with our legacy products,” Booz said.

“We can offer any homebuilder or homeowner any product for the side of their house, the trim and, except for asphalt shingles, for the roof of their house. We believe we are one of the largest nonasphalt roofing companies,” Booz said.

The acquisition of Lasco Fittings Inc. followed Boral for injection molded pipe and fitting products and then Dimex LLC for recycled products like landscape edging.

Westlake Royal Building Products is being further reorganized into solution categories for siding and accessories, trim and moldings, roofing, stone, windows and outdoor living, which currently includes fire bowls for decks and patios.

Wed Mar 16 , 2022
JENNIFER Hall, who lives in Yorkshire, recently shared some of the easy ways she keeps her energy bill low on Instagram. The cleaning whizz and mum of two says that you don’t need to go out of your way slash you bills. 3 Most machines have an eco setting already […] 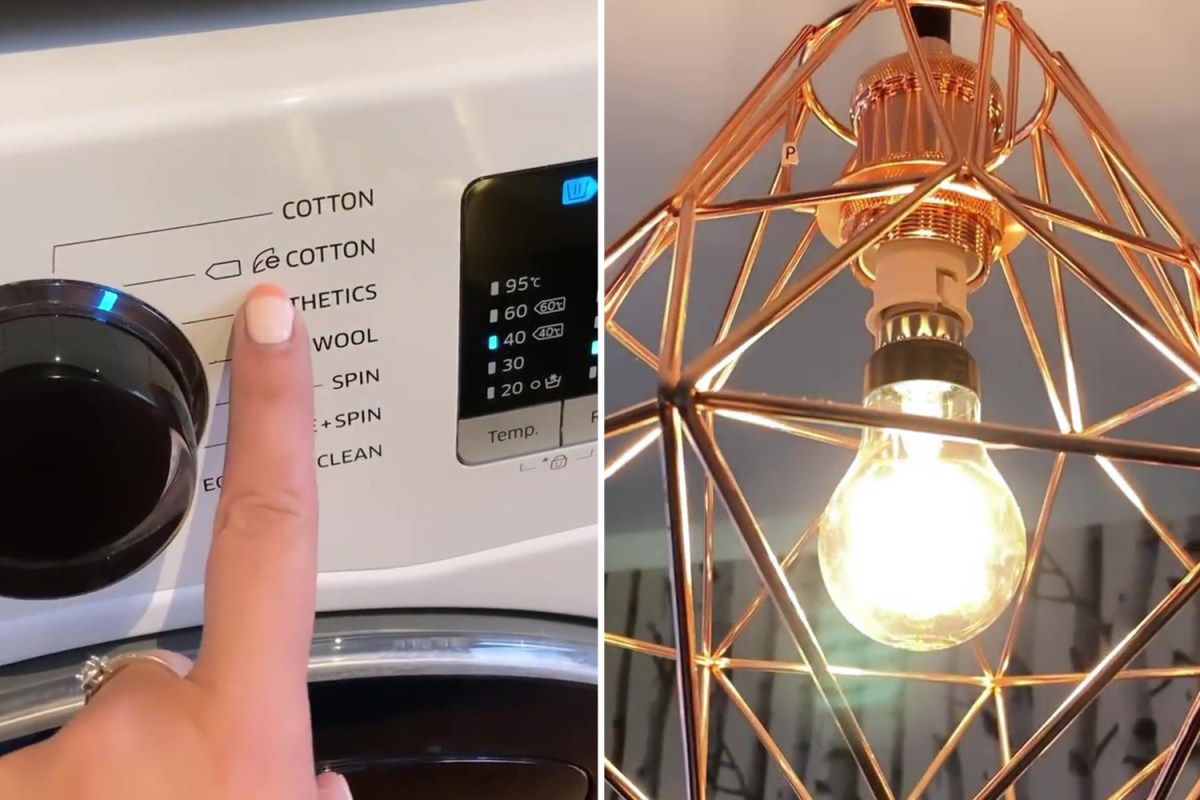